Folkwang Tanzstudio (FTS) can look back on more than 90 years of successful history. It was founded in 1928 by Kurt Jooss, who made it world famous in 1932 when it - still under the name of "Folkwang Tanzbühne" – presented its choreography “The Green Table” at the international choreography competition in Paris.

Choreographers such as Pina Bausch, Susanne Linke, Reinhild Hoffmann, Urs Dietrich, Mark Sieczkarek and Henrietta Horn have had a decisive influence on FTS in later years. FTS was under the artistic direction of Pina Bausch until her death in June 2009. Thereafter, Lutz Förster and Rodolpho Leoni jointly but only temporarily took over this task. Since October 2012, Rodolpho Leoni is the company's sole artistic director.

FTS is an internationally active company of graduates with currently 10 professional dancers from all over the world and it belongs to the Institute for Contemporary Dance at the Folkwang University of the Arts. As a dance company which specifically targets graduates of professional dance training, FTS fulfils the important function of supporting young dancers on their way into the professional field of dance.

Guest performances and co-productions with renowned dance / theatre institutions as well as festivals are inherent parts of the artistic work of FTS. In 2019, for example, the lastes work of the Belgian choreographer Michiel Vandevelde, who was characterised as an especially promising artist (“bearer of hope”) by the magazine “tanz”, was produced in cooperation with PACT Zollverein. In 2020, FTS contributed to the realisation of the opera “Ein Brief | Christus am Ölberge” at the Theater Bonn, staged by Reinhild Hoffman.
In addition to the creations with choreographers from a diversity of backgrounds, the second focus of FTS is on the cooperation with the Master Degree Program Dance Composition/ Choreography. As part of their Master’s degree, students of choreography have the opportunity to create their master’s projects with the Folkwang Tanzstudio. This enables the master students to practise and experience the handling and complexity of choreography during their studies.

FTS is characterised by its willingness to experiment, artistic diversity and openness. It continues to carry the idea of its founder Kurt Jooss, i.e. to look for the human being in dance, onto the stage and into the world. 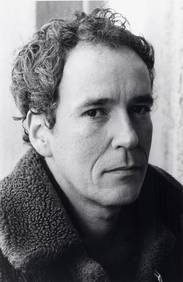